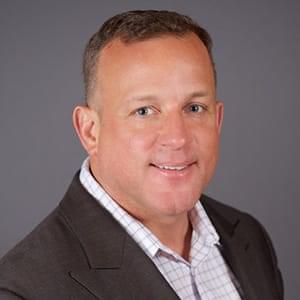 Rocky McMurray has an expansive technology leadership background encompassing the entire spectrum of product development, engineering, manufacturing, business development, sales and lifecycle support. He is passionate about solving critical problems with cutting-edge information technology solutions, including artificial intelligence (AI), machine learning (ML) and Internet of Things (IOT) technologies. Most recently he was at Red Hat focusing on the migrating enterprise software systems to modern cloud-native designs including microservices and containers being orchestrated through Kubernetes. He also oversaw consulting engagements to adapt DoD cultures to a DevOps contruct. Before that he was at Oracle where he was focused on helping the Intelligence Community and Navy solve their unique challenges with a mixture of big data (NoSQL), relational database, middleware and cloud technologies.

Rocky is a graduate of the U.S. Naval Academy where he studied Economics and General Engineering. He also holds two Masters of Science Degrees in Systems Engineering and Financial Management from the Naval Postgraduate School in Monterey. After graduation from the Academy he went to flight school and was designated a Naval Flight Officer in 1994. He made deployments to Middle East as a carrier aviator and was the Officer in Charge of the Strike Planning Cell for Carrier Strike Group One during the beginning of OPERATION IRAQI FREEDOM. After completing graduate school, he was re-designated as an Aerospace Engineering Duty Officer and held hardware and software engineering and program management leadership positions at the Naval Aviation Systems Command (NAVAIR) and the Space and Naval Warfare Systems Command (SPAWAR). These positions included systems designed for mission planning, cruise missile command and control, software defined radios, GPS navigation, data center consolidation and software application rationalization.

Rocky resides in Carlsbad, CA with his wife, Dr. Sarah McMurray and their two daughters.